After deciding on a career change in 1990, Graham studied full-time at Westminster University to gain his Bachelor of Science Honours Degree and then gained wide ranging experience working for NHS Trusts in London, Kent, Dorset and Devon before settling in this area in 1997.  With his depth of knowlege he has gained a great reputation with patients and colleagues alike.

Phil grew up in this area and has many family and friends living locally.  He studied for hi Bachelor of Science Degree at Plymouth University and has been working for the NHS in this area ever since qualifying.  We have been fortunate to have Phil working in the Practice for the last few years and his skills and good humour are appreciated by patients.  Phil has a young family and when his commitments allow has a great interest in cycling and running.  Yes, he is the sporty one in the Practice!

Having been helping with the administration of the Practice for a number of years on a part-time basis, Chris joined the team full-time in 2009.  Chris’ background is in financial management and he has worked for several charities throughout his career.  Since joining the Practice he has developed a strong knowledge of Podiatry Procedures.  When not slaving over a hot computer keyboard, Chris loves to spend time walking his dog, Roco, in the countryside – even in the depths of winter.

Sue keeps us all on an even keel and ensures the appointments diary (and a great deal more besides) runs smoothly.  She helps put nervous patients at their ease and is a lovely calming influence in Reception.  In her downtime, Sue loves to spend time with her family, particularly her grand-children.

To book an appointment please call us on :

Please note that we are unable to make appointments via email. 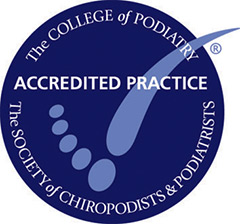 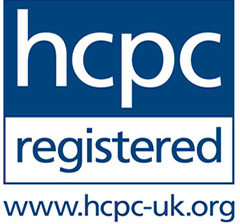